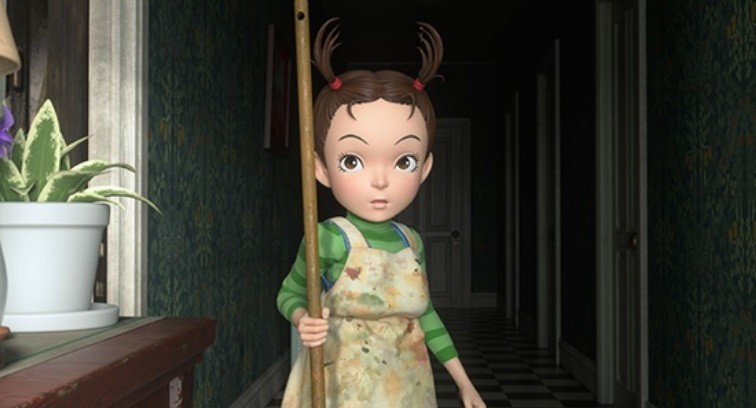 t’s been a long time since the last feature-length Studio Ghibli anime. While we were happy to get the Hayao Miyazaki-directed “Boro the Caterpillar” short that plays at Tokyo’s Ghibli Museum in 2018, the most recent Ghibli film that’s longer than 15 minutes is “When Marnie Was There,” which debuted in 2014 as the tail end of an 18-year streak where a new Ghibli movie was released every other year, if not sooner.

So when word came that Goro Miyazaki, Hayao’s son, was returning to the director’s chair to helm “Earwig and the Witch,” Ghibli’s next full-length anime and its first-ever all-CG one, we were excited, even with the hazy initial release window of “this winter.” But now we know exactly when the wait will be over, right down to the exact minute, as “Earwig and the Witch” will be shown on Japanese public broadcaster NHK at 7:30 p.m. on Dec 30. 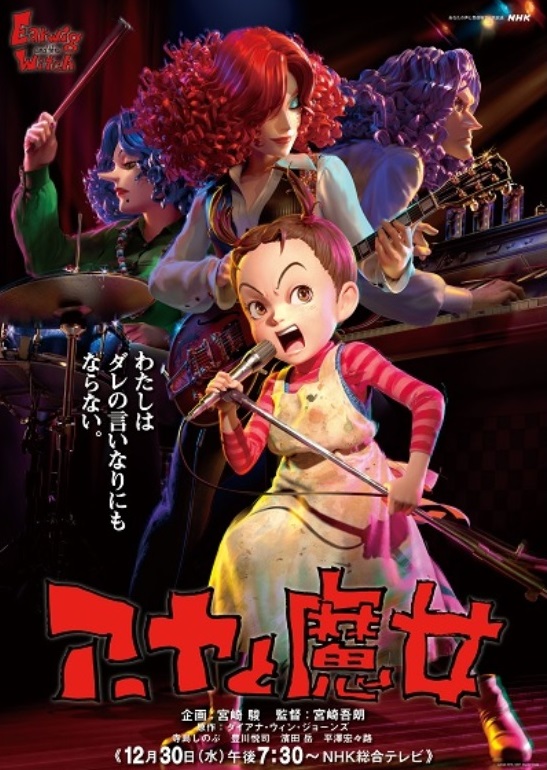 The anime’s principal voice cast has also been announced, with 13-year-old Kokoro Hirasawa playing protagonist Aya. Hirasawa already has dozens of live-action TV and movie acting credits, including the role of Yuzu in the live-action adaptation of anime/manga “Bleach,” but this will be her first time voice acting in an anime production. “Studio Ghibli has created such a legacy of outstanding works,” Hirasawa says, “and I’m so excited to be able to participate in one of their productions.”

Like Hirasawa, Terajima and Toyokawa are veteran live-action performers who’re newcomers to anime voice acting (not unusual choices for a Ghibli anime). Hamada’s background is also primarily in live-action acting, although he’s had voice roles in a handful of anime films, most recently 2018’s “Pokemon the Movie: The Power of Us,” in which he played painfully shy researcher Torito/Toren.

“Earwig and the Witch” (titled “Aya and the Witch” in Japanese) is an adaptation of the children’s novel by English author Diana Wynne Jones, who also wrote “Howl’s Moving Castle,” itself adapted into a Ghibli anime in 2004. However, in contrast to how Ghibli’s version of “When Marnie Was There” switched its setting from the original novel’s England to Japan’s northern island of Hokkaido, “Earwig and the Witch” will be staying true to its source material’s geographic setting and take place in the UK in the 1990s, where orphan Aya is taken in by the witch Bella Yaga.

When it was first announced that “Earwig and the Witch” was being developed for TV broadcast, as opposed to theatrical release, there was a mild pang of disappointment among some fans of Ghibli’s traditional big-screen focus. But with trips to the theater still a dicey proposition, the chance to watch a brand-new Ghibli anime from home is a special treat, and it’ll be interesting to see how the younger Miyazaki’s project turns out after purposely not asking any of the studio’s “old men” for their advice.