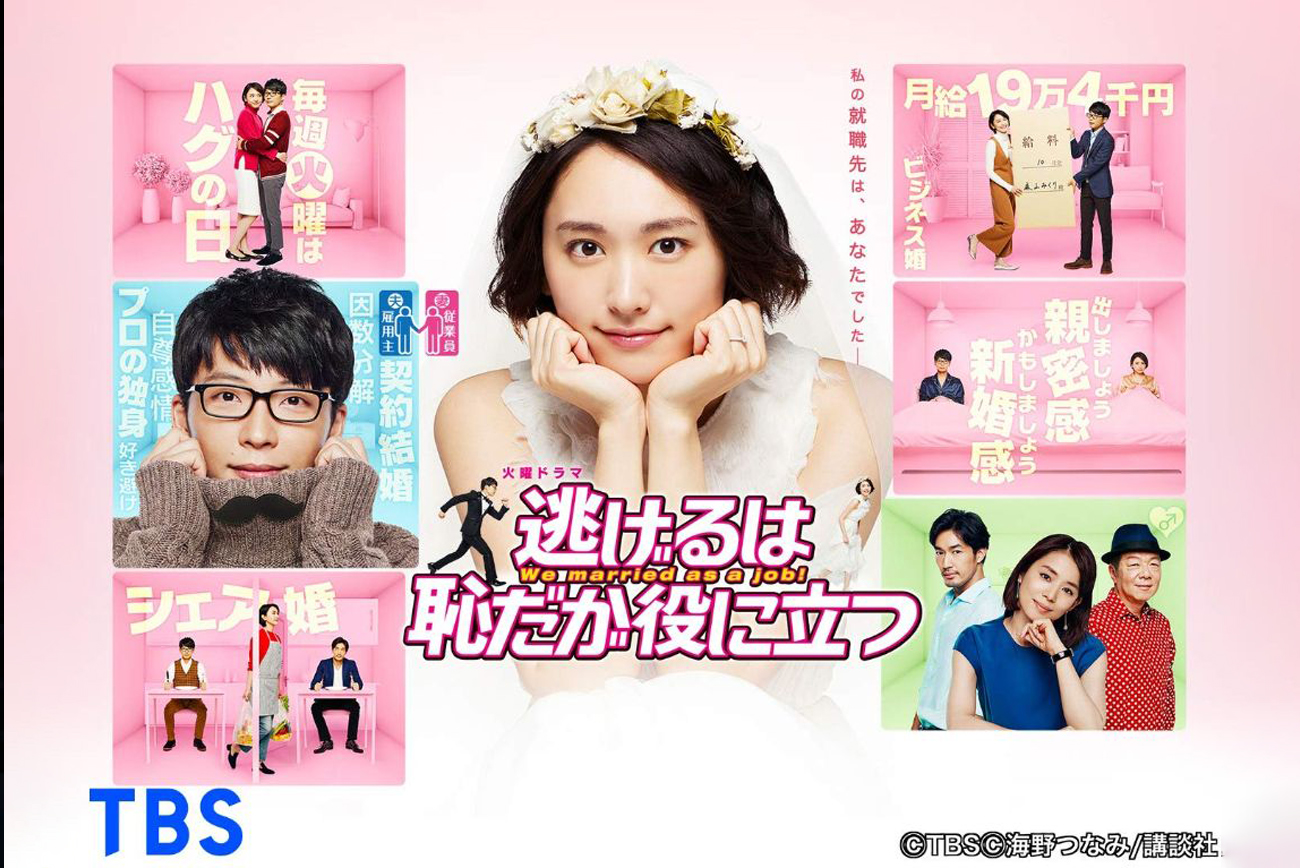 The Return: Why Romance is Back on Japanese TV

Japanese doramas have been famous for down-to-earth stories about plucky heroines and unlikely heroes, who try to make it in all kinds of workplaces. This nearly two-decade-long trend may finally see its demise due to unlikely replacement — romance. The genre had its peak in the 90s, before fizzling out in the next century. Even the rare success stories could be chalked up to Johnny’s idols’ involvement. Finally, the stories themselves were focused on cheating or terminal illnesses, with the older generation taking the spotlight. Today’s trend is the complete opposite: a pure romance between attractive young actors.

TBS was mentioned twice for a good reason. The station used to follow the trend of producing predominately work-related dramas until a rom-com, “Please Love Me!”. became a surprising hit in January 2016. Since then, the station has slowly switched focus to romantic series. The decision quickly proved to be a correct one: Aragaki Yui and Hoshino Gen’s “We Married as a Job” aired in October 2016 and became a cultural phenomenon, crossing the 20% mark in its last episode. In the following years, TBS stuck to their guns and made stars out of Sho Hirano (“Boys Over Flowers: Season 2”) and Ryusei Yokohama (“A Story to Read When You First Fall in Love”).

TBS made it clear they’ve been aiming for a female audience. In between romance dramas they had aired Ayase Haruka’s family drama, “Stepmother and Daughter’s Blues” (2018), and “No Working After Hours!”(2019) with Yuriko Yoshitaka playing the role of a career woman who challenges Japan‘s labor standards.

However, the last two years indicate even these dramas may get replaced by the romance boom. Tuesdays in 2020 were all about love and 2021 seems to follow suit. Coming off the heels of “Oh! My Boss” and “Kikazaru Koi ni ha Riyuu ga Atte”, TBS is planning to air Fumi Nikaido’s “Promise Cinderella.” The story, based on an ongoing manga, stars Nikaido as a young divorcee who gets involved with a rich high schooler.

The romance-heavy lineup is said to be the station’s attempt at recreating Fuji TV’s legendary Getsu 9.

The same Fuji TV is resisting the changes the most. The chairman of Fuji-BS Chihiro Kameyama, who was involved in Getsu 9 productions, spoke in length about his reluctance to produce romance-centered series. Kameyama argued the TV shows focused on love don’t suit today’s social climate as today’s younger generation has a very realistic outlook on life and remains blase towards trivial issues —  such as love. Romance isn’t coveted by the Japanese public.

Kameyama is right — the success of “We Married as a Job” is more of an outliner rather than a rule; most romantic dramas aren’t even close to replicating its success.

And yet, it may not matter.

Various Japanese sources sing the same tune: TV ratings are no longer important; the key to a successful show is getting the right group of viewers — the younger the better. In the past, the aging population of Japan and young adults’ abandonment of the TV caused the stations to turn to an older generation. It’s no longer a viable strategy. The latest reports indicate the sponsors are paying more attention to reaching the target audience and, due to the coronavirus crisis, are more selective when it comes to advertisement time.

TBS isn’t the only station taking action, Nippon TV (NTV) is also trying its hardest to appeal to the young audience. Besides already mentioned “Koi wa Deep ni”, the station is also running Masaki Suda and Kasumi Arimura’s “Konto ga Hajimaru”, as well as “Nemesis” with popular actress Suzu Hirose and Arashi’s Sho Sakurai in the main roles. All three were panned for bad ratings, falling below 10% and getting left behind by Fuji TV and Asahi’s work. However, on the young audience front, they are firmly in #1 position.

The changes don’t stop at doramas — if anything they seem to hit variety shows even harder. In March, Toyokeizai reported the axing of many long-running variety shows, spanning over all major TV channels: “Tokyo Magazine” (1989), “Meringue” (1996) or “Dare to Surprise” (2009). All reportedly canceled due to the lack of engagement from the younger audience.

Back in January, NHK announced the management plan for 2021–2013. The station had vowed to find the new essence of NHK by restructuring its nighttime lineup. The music shows were also given adjustments. “Shibuya Note” was moved to an earlier hour, and is running at 11:30 p.m. every Saturday — a change meant to engage the younger audience. A similar reason was given for the timeslot of NTV’s new music show, “Music Blood.” It aires on Friday at 11 p.m, the start of the weekend.

TV stations aren’t above taking risks. NHK decided to employ handsome but unproven Yoshizawa Ryo as the lead for 2021’s taiga “Seiten wo Tsuke.” TBS entrusted Johnny’s new group, Snow Man with the prime time spot on Sunday at 1 pm. The boyband’s “Sore Snow Man ni Yarasete Kudasai” has first run two episodes on TBS before getting shipped away to Paravi, a streaming service. The decision to move the show to a different hour stirred a discussion since it’s a time usually reserved for an older audience.

For over 30 years, ” Tokyo Magazine” was the leader of its time slot, recording on an average of 8%. “Sore Snow Man ni Yarasete Kudasai” oscillates around 3%. If TBS decides to keep the show despite the low ratings we may be in for a real shake-up.