Why blonde-haired, blue-eyed Sailor Moon is neither white nor Japanese

Sailor Moon (セーラームーン). A redraw of the blonde-haired character that gave her Asian facial features drew rapt approval from Twitter users writing in English, before a swift backlash from Japanese and other Asian users who decried it as stereotyping. At the heart of the storm is a question of how manga readers (or anime viewers) identify characters’ race, or to put it another way—“Why do Japanese anime characters look white?”

Pretty Warrior Sailor Moon is the star of a manga created by Japanese artist Naoko Takeuchi, which was published from 1992 to 1997 along with a TV anime. The 14-year-old character, who is also known as Usagi Tsukino (or as Serena Tsukino in English-dubbed anime), has big round blue eyes, incredibly long blonde ponytails, an adorable maritime-inspired outfit and is the prototype for Japan’s female superheroines. If you met her on the street, you might think she is Caucasian—but then again, you never will meet this fictional character on the street.

Anyway, according to the storyline, she comes from an ancient civilization that lived on the moon. 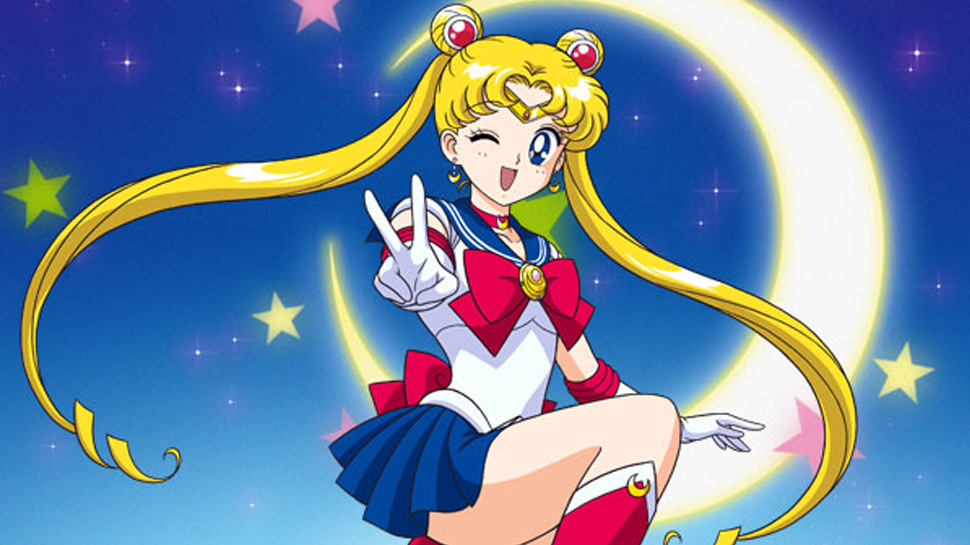 In July 2019, a Korean artist started the #sailormoonredraw challenge by posting to Twitter a still shot of the anime character and an original drawing of her, and encouraging other artists to join in by posting versions drawn in their own styles. Pictures posted to the thread accumulated likes and retweets in the thousands, but in May this year that jumped to the 10,000s as Japanese illustrators, including some famous ones, got involved.

It was all good artistic fun until self-confessed fan (non-Japanese) Silverjow posted a picture of Sailor Moon with Asian facial characteristics. It’s a striking and beautiful image, and it received rapt praise in tweets posted in English. Though it has since been erased, the same drawing with black hair was posted at the same time.

Credit and story By Kirsty Kawano